On 11 October 1932 a hand written letter to Miss Butler written on Barron and Larcher’s manilla paper in red ink enclosed two schemes for furnishing the Fellows Dining Room and Combination Room and a few sketches and photographs of particular things which we suggest using.2

For the Dining Room kelim rugs in shades that harmonised with the walls were proposed. The very striking curtains of indigo blue linen patterned in white with touches of red in the binding of their pelmets, that would give a sense of comfort at night when drawn round the large bay windows.3 “Winchester” adapted from Barron and Larcher’s Winchester Cathedral commission for choir curtains some years earlier.

Barron & Larcher suggested that the Combination Room, or Sitting Room should have curtains of “Carnac” in a prune shade but the committee asked for “Small Feather” to be used instead. They suggested the upholstery should be in shades of pink and beige and to be enlivened by cushions with hand block designs patterned in stronger colours.

For the Mistress’s study they proposed, curtains in a very striking design; horizontally striped in brown and with a little deep blue on a ground of heavy ecru shade.4 Loose covers for the chairs and cushions were in hand prints of quieter colours. I can find no record of the design used, but in the Pattern Books held at Farnham there is a fabric called Girton in a blue and white zig-zag which was clearly not curtaining for the Mistress’s study but perhaps used in one of the rooms for cushions or soft furnishings. Barron and Larcher’s proposals had to be considered by three committees. The Furnishing Sub-Committee comprising of Miss Butler, and Fellows, Mrs Holland and the Misses Jones, Robertson, McMorran and Smith who made recommendations to the Curator’s Committee, who advised the College Council. 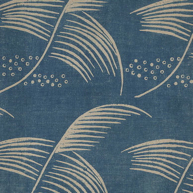 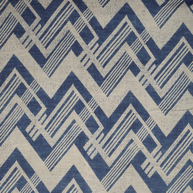 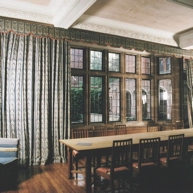