During the 1920’s there was little business and by 1927 James Morton of Morton Sundour approached Edmund, with an offer to buy the company. He had in mind a new enterprise in Edinburgh called Edinburgh Weavers to produce high quality expensive woven furnishing fabrics with a modern look ‘to evolve decorative fabrics suited to modern civilization’.***
It was surprising that Morton choose the Hunters, steeped in the hand-loom, fine-silk jacquard tradition, to help him. He admired ‘the fine skill of weave. sensitivity of colouring and directness of design that their products showed” .*** Alec and his wife Margaret moved to Edinburgh to establish a small weaving unit to explore the links between textiles and architecture. He developed a range of modern hand-woven textiles, initially produced at Letchworth, but the business was damaged by the slump of 1930. The looms were moved to Carlisle where most of Morton Sundour fabrics was situated.  Both Edmund and Alec’s services were reluctantly dispensed with. Edmund retired to Hampstead Garden Suburb. Alec’s technical skills were enthusiastically appreciated when he joined Warner and Sons at Braintree, Essex in 1932, first as a designer and in 1943 becoming a Director, staying until he retired.

I would suggest that the banner was applique and not woven, which would have been too costly. The majority of banners were worked in this technique.

My thanks to The Garden City Study Centre, Letchworth for permission to reproduce photos: 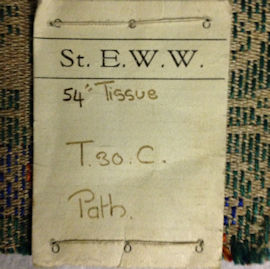 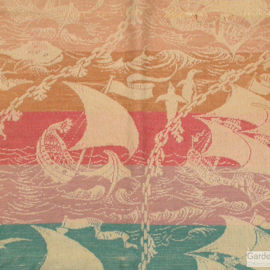 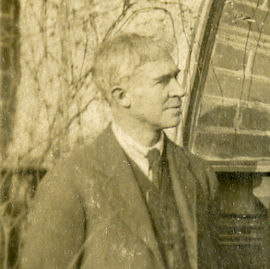