Shawls of Paisley design were in fashion for nearly 100 years, from around 1780 until the 1870’s. During this time millions were woven, embroidered and printed in Kashmir, Persia, India, Russia, USA and Europe, in France at Paris and Lyon, Austria in Vienna, in England at Norwich and in Scotland at Edinburgh, Glasgow and Paisley itself. It was the woven Kashmir shawls which first caught women's imagination, with European manufacturers quick to emulate by weaving or printing. Paisley produced shawls the most economically and for the longest period, the name becoming synonymous with the place of manufacture.

In order to write about shawls of British manufacture I need first to explain about the Kashmir shawl industry.

Shawls have been woven in Kashmir since about the eleventh century, but the industry producing what we refer to as a Kashmir shawl is thought to have begun during the fifteenth and sixteenth centuries. During the fifteenth century Persian replaced Sanskrit as the official language and the world ‘shawl’ derives from the Persian shal, denoting a class of woven fabric rather than an article of dress. During its history Kashmir experienced Mughal, Afghan and Sikh invasions, all of which left their stylistic influence on the shawl.

The Mughals, who inhabited the vast Central Asian steppe, conquered Kashmir in 1586. Under their rule the arts blossomed and the shawl industry grew. Weavers were brought in from Eastern Turkestan where the type of weave later used for Kashmir shawls was practiced. Persian men had traditionally worn narrow waist girdles of shawl fabric, as part of male dress, while the Indians wove wide shoulder mantles for male attire. These were usually given as prestigious gifts, and one can clearly see the honour in which they were held by looking at miniatures of the period, where the proud owner is seen wearing such an accessory. From about 1775 Kashmir shawls were acquired by travellers, explorers, military personnel and members of the East India Company who appreciating their beauty and warmth, brought them back as presents. In Carola Oman's life of Sir Walter Scott, The Wizard of the North, it is recorded that Scott's French bride Charlotte Carpentier was given a Kashmir shawl in 1797 for her trousseau which cost 50 guineas (£50/ $100), a huge sum. 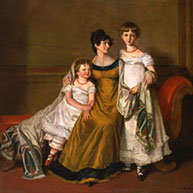 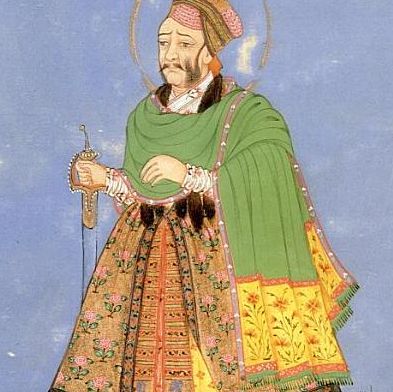 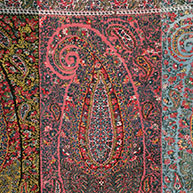