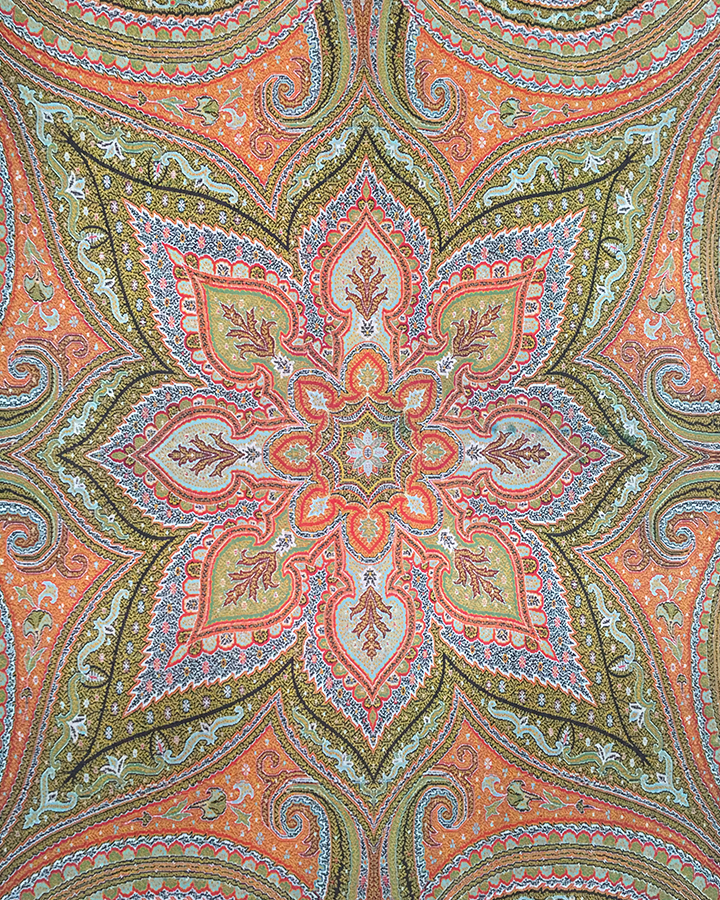 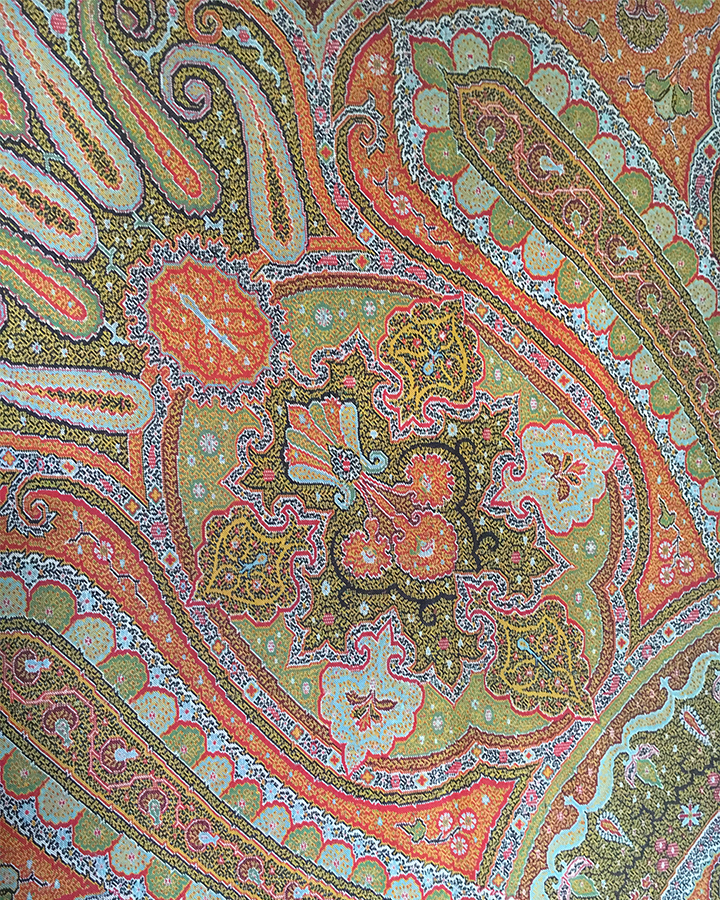 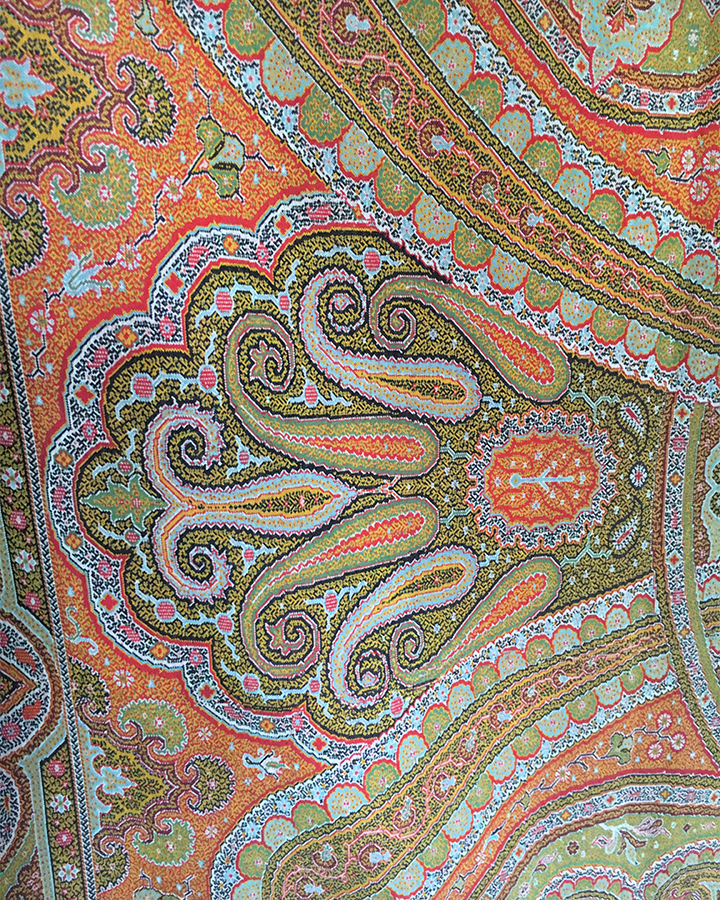 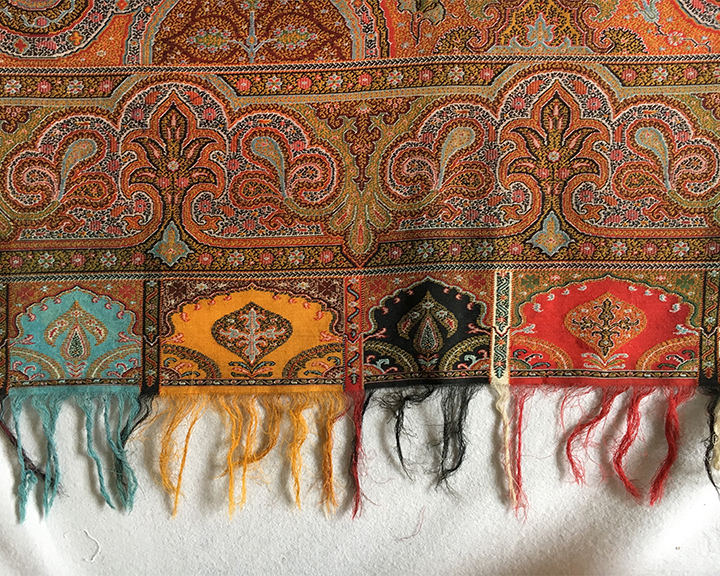 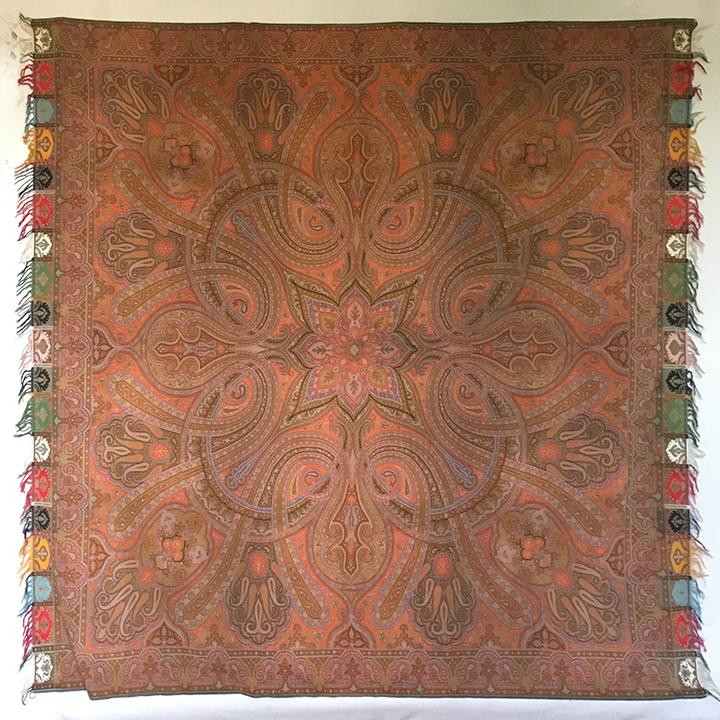 After 1851 when Fortier and Maillard became partners at 36 Rue Neuve-Sainte Eustache, Paris, they wove their initials into the four corners of their shawls. They were liquidated in 1859 with Fortier dying the following year.  They wove shawls of exceptional design and quality and were awarded many gold medals at major exhibitions. They often used wool from a new breed of sheep, belonging to M Graux de Mauchamps, which was superior to the Dresden wool and very like pure cashmere.  I believe this shawl, which is very soft is woven in this wool. Square woven shawls are fairly unusual.