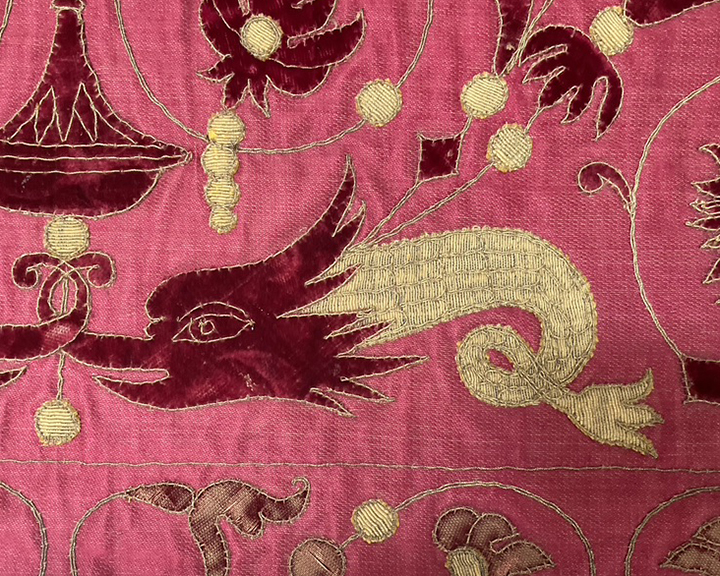 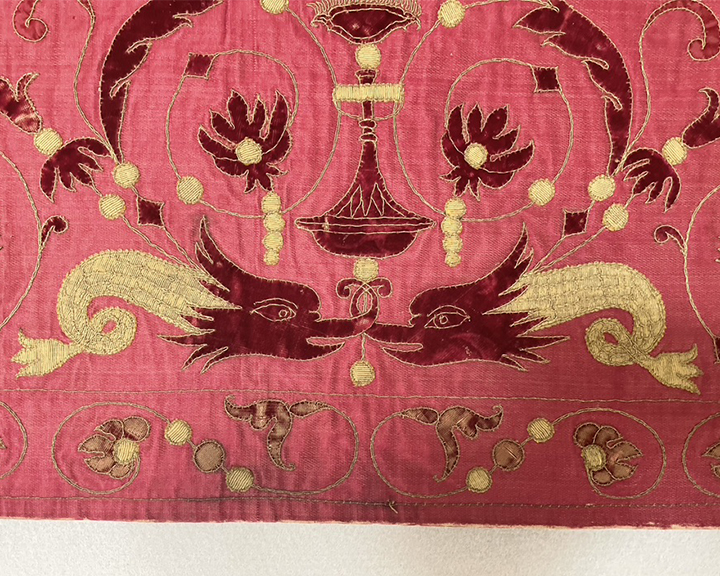 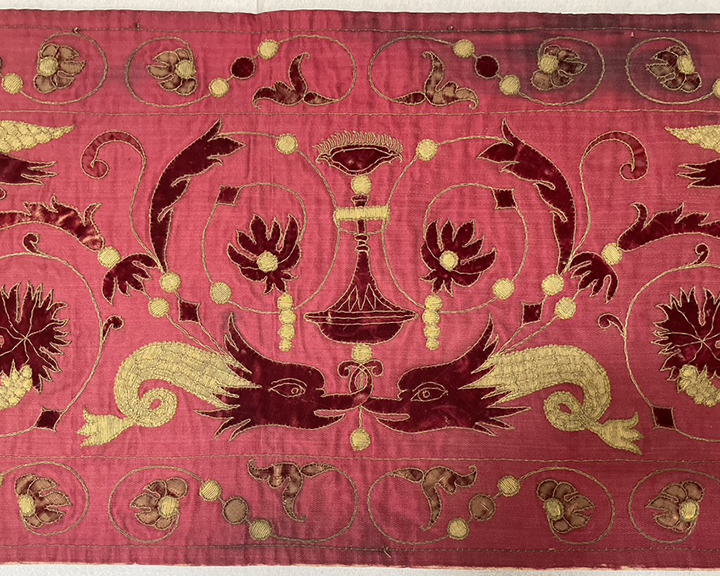 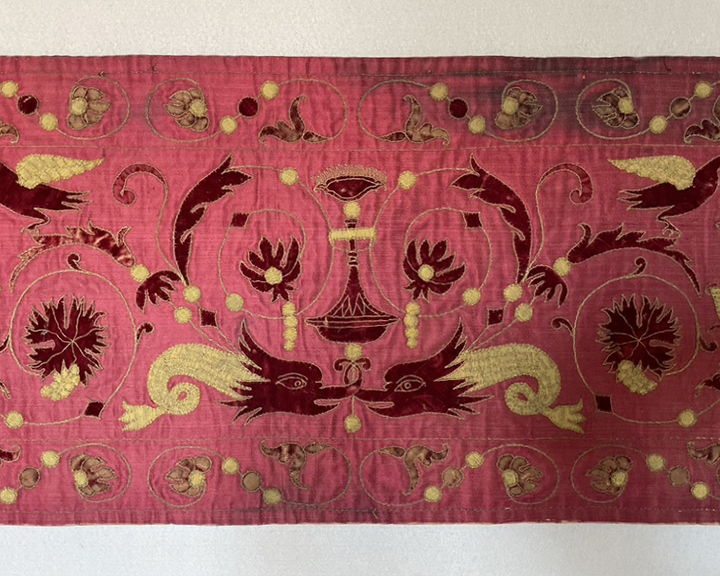 An exceptional and extremely attractive rare valance, probably from the top of a half tester bed. Professional work. This could be mounted onto a stretcher for display.  The gold thread would have come from Venice and the silk from France.

We have looked closer at this rare piece and discovered a few more interesting facts. Some of the small velvet appliqué motifs to the top and bottom border are slightly worn. This seems strange when the velvet used on the centre panel is fine. With a strong magnifying glass one can observe glints of gold. Clearly these motifs were woven with silk velvet and gold, but the gold has worn away.

Triple twisted gold or filé has been couched or caught down on the velvet. Gold strips would have beaten very finely, wound round on a pool or broach yellow floss silks.

Pairs of mythical grotesque type sea creatures, their heads of crimson appliqué velvet couched down with triple twisted gold wraped around a yellow silk core, their elongated coiling noses entwined, with coiling tails of gold wrapped silk caught down on gold brocade. leafy sprays emerging from their backs, the creatures flanking an elaborate fire filled vessel, alternating with pairs of birds dipping their beaks into a fountain, it's base supported by a pair of cornucopia, with coiling flowers, the top and bottom borders with S shaped flower tendrils, all on a pinky crimson satin ground, lined with natural coloured linen.

Basically very good. The top border has three areas 6 in; 15 cm long with darkening stain.  The extreme right hand side also has similar marking 19 in; 48 cm along x 6 in; 15 cm deep. Some of the small velvet appliqué motifs to the borders are a little worn. On closer inspection there are hints of gold to the these areas, which were woven with gold thread which has rubbed, hence these motifs appearing slightly worn. A few of the motifs on the far right hand end have been restitched.

The Embroideries at Hardwick Hall  Santina M Levey p 246, no 14K. Depicted are a pair of confronting dragons on a border.