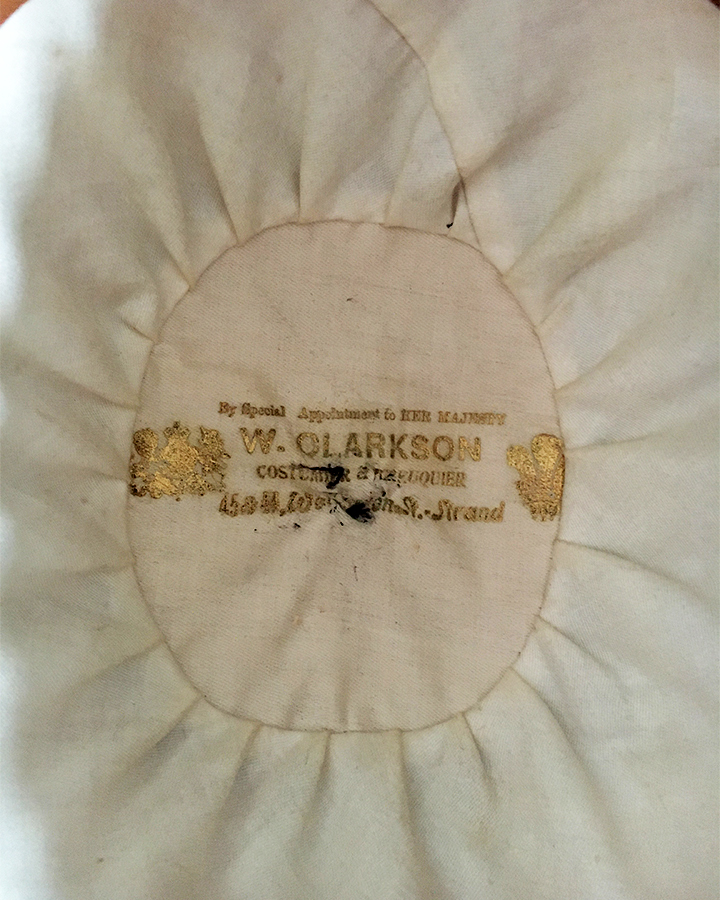 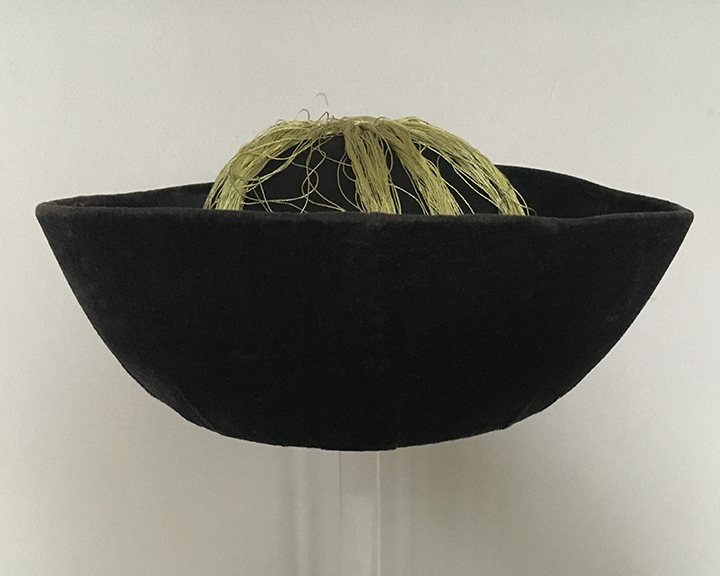 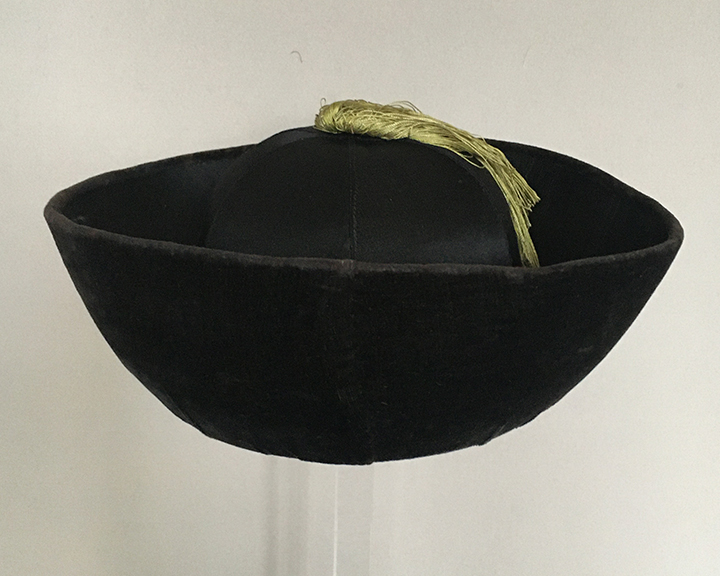 Willy Clarkson (1861-1934) was a theatrical Wigmaker & Perruquier. The business of Clarkson's Wigs began at 44 & 45 Wellington Street, off the Strand, London WC2 in 1833. Willy Clarkson, whose full name was William Berry Clarkson, took over the business from his father after he died in 1878.  He was also a Theatrical Costumier and Property Maker. He was known as the Wigmaker of Wellington Street. It was known that he was involved in crime, arson, blackmail and perhaps murder. I have just watched a fascinating You Tube video, suggesting with rather good evidence, that he was Jack the Ripper responsible for the Whitchapel murders of young women. Perhaps this hat was made for the Gilbert and Sullivan comic operas the Mikado which opened at the Savoy Theatre in 1888.

Very good. There are a few slight light brown markings to the front of the deep brim and the very top of the brim. Clean inside. Ask for more photos if you wish. The photo of the slight wear to the brim makes it appear more prominent than it actually is.