Muriel and Peggy first met at The Three Shields Gallery in Kensington which opened in 1922; a craft gallery set up by Dorothy Hutton, a former student at the Central School of Art and already an established calligrapher.  In addition to stocking prints, drawings, watercolours and some tempera paintings, Dorothy mounted short temporary displays of ceramics, textiles and silverware. As she wanted to spend more time working on calligraphy commissions and designing underground posters for London Transport Dorothy employed Muriel and Peggy, During her time at the gallery Muriel assisted the selection committee at the Arts and Crafts Exhibition Society, and it was at this time she decided to run her own gallery.

Muriel and Peggy established The Little Gallery in 1928, Muriel contributing £400)(£17,500) to the business and Peggy £600 (£26,300). Both Muriel‘s fiancé and older brother were killed during World War I. She persuaded her father to let her use the money left in her brother's account to set up the Gallery. The friends created the Gallery from a former laundry depot in Ellis Street, Chelsea, which gave them plenty of light ground floor space together with a useful storage basement. Chelsea in the 1920s would have been a run down bohemian area, full of artists. To minimize expense, they stripped it out and painted it white but by 1935 they moved to larger premises at number 3. Muriel lived in Old Church Street Chelsea whilst Peggy commuted to The Little Gallery by train from Sevenoaks, having driven herself to the station in the family Morris Oxford.

On the four double sided leaflet illustrated, probably designed by Sam Smith,  the Little Gallery's wares were offered. Do notice the phone number Sloane 6663: Block-Printed Linens, Cottons, Silks, and Velvets for dresses and furnishing also Scarves and Ties in silk and very fine wool by Barron & Larcher. Orders can be taken for Upholstery, Chair Covers and Curtains.

Traditional Quilts from the mining areas. Bedspreads, cot and pram covers, Dressing Gowns. Orders can be taken for quilts to be made in any size and colour. Patchwork Quilts, Old and New. Embroideries.

After fourteen years The Gallery closed in 1940, just after the start of World War II which disrupted both the supply and demand for crafts. 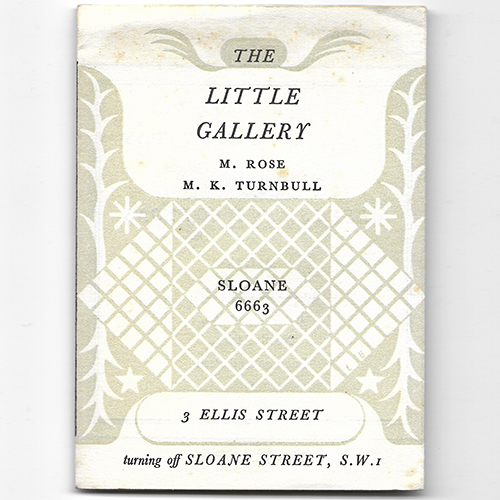 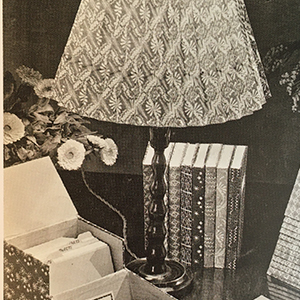 Gifts sold at the Gallery* 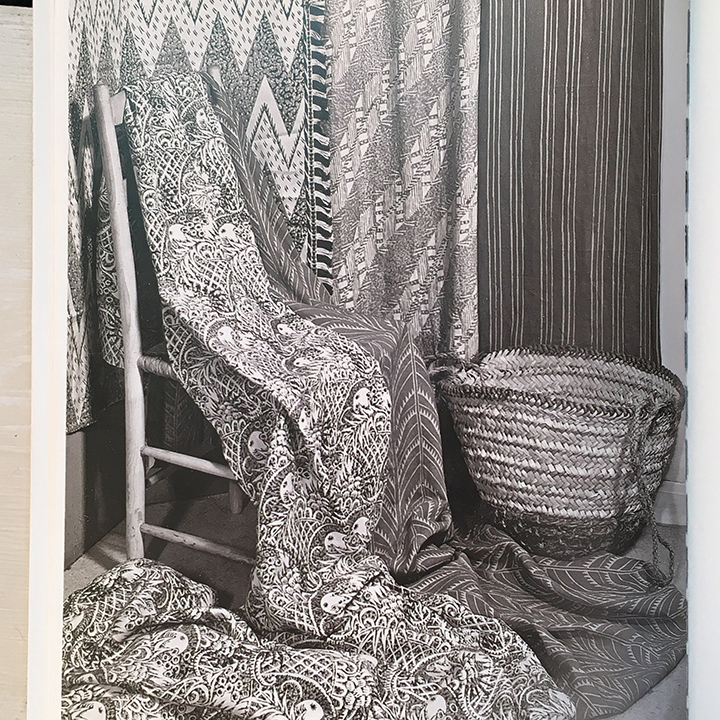