Walker's intention of moving to Cornwall to set up a silk factory was interupted by the First World War.  For the duration of the war, as a textile manufacturer now producing cloth for war uniforms, Walker was exempt from war service.

The major buyer of Vigil Silks and silk from Walker’s family business was T M Heron & Company, who made the silk into blouses to sell back to the retail trade. The son, Tom Heron (1890-1983), was a Fabian socialist and pacifist and a prime mover in the Leeds Art Club, a radical group with an appreciation of modern art. Walker and Heron became great friends and proposed to form a company run on liberal socialist ideals, an idea opposed by both sets of parents.

Already with an eye for design, as well as sound business acumen, in 1917 Walker commissioned Edward McKnight Kauffer (1899-1954) to design the first of three posters for Vigil silk. Walker was so successful he opened a small shop in Sloane Street, London when I sold silk only in colours, stripe designs and in pure abstract and conventional patterns.

In Yorkshire and on business trips to London Walker had become increasingly friendly with avante-garde artists, having previously made contact with members of the short lived Vorcist group of whom Edward McKnight Kauffer was a member. Some of this group had designed textiles for the Omega Workshops (1913-1919), which must have been influential in Walker’s ideas of establishing a business in Newlyn.

After the war Walker moved to Newlyn, married Kay and bought Myrtle Cottage (the Myrtage) for them. He realized that the artistic environment at Newlyn was one where an experimental venture might flourish and in 1920 founded Cryséde with Kay.

The aim of Cryséde is not power but beauty. Walker created a brand, making Cryséde designs exclusive to the modern middle class woman. …My principle was to carry modern feeling, as expressed in modern design, into the fabrics themselves.* It is thought the name came from Chaucer’s poem “Troilus and Criseyde” reminiscent of medieval England.

In 1919 Walker purchased a row of three derelict fishermen’s cottages in Sambo’s Row, Newlyn which he converted into a factory with a shop in a downstairs room. Ready processed silk in fashionable spots, stripes and checks was sent down from his family’s Yorkshire firm, now run by his brother, to be made into garments in Newlyn.  Demand increased so machinery from Yorkshire was brought down, to produce Vigil Silk in the same spots, stripes and checks previously produced. 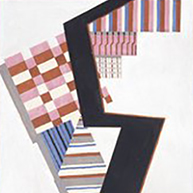 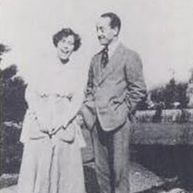 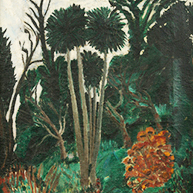