In 1925 The Independent Gallery in Grafton Street, London held an exhibition of Walker’s  dresses, shawls and fabrics printed with his designs. The critics praised his work comparing it favourably with French designs. The same year saw his inclusion in the British Institute of Industrial Art Exhibition at the Victoria and Albert Museum in London. His reputation was established with his modern, fun and colourful designs, which led to commercial success.

Cryséde was a very successful craft industry with Walker opening four shops in West Cornwall. In order to develop the business further he realized he needed help with managing the business and asked his friend Tom Heron to be assistant manager, later becoming managing director. Heron’s flair for management and the shared socialist ideals made him an ideal partner. Heron persuaded Walker that more shops should open and the company become limited. With expansion the company needed new premises and in 1926 whilst Walker continued to work from the Newlyn studio, the works moved to The Old Western Pilchard processing building on the Island at St Ives, known as the Island Works. The building was transformed into a model factory with pilchard tanks used for dyeing and finishing the silk. Business flourished with Walker’s new designs and Heron’s management.

Walker continued to produce designs from his Newlyn studio. In a September 1928 edition of Theatre World there is a fashionable pyjama and dressing gown ensemble by The Mayfair Lingerie Co, 32 Berkeley Street, London made from hand blocked crepe de chiné, designed for them by the noted artist, Alec Walker

Under Heron’s direction women staffed the making up and finishing departments, whilst men undertook the printing and dyeshop. Men and women worked together in the cutting room.  The factory had large windows allowing a light, bright well thought modern open plan working environment. Walker applied his socialist thinking to good working conditions and pay, training, and relatively short hours.

Business continued to expand with international trade developed in America, South Africa and Australia.  Heron instigated the printing of linen which started a new fashion for leisurewear. By 1929 there were 150 employees. Further shops opened under Heron’s direction with more expansion planned, the board wanting Walker to modify his designs. In 1929 the pressure of work, a dispute with his board and the break-up of his marriage, caused Walker to suffer a nervous breakdown. A huge disagreement between Walker and Heron resulted in the dismissal of Heron as well as other key members of staff.  After a break from work when he moved to Somerset to hunt and paint, Walker briefly returned to Cryséde in 1930-1 at the Chairman’s request. He produced more designs, but was dismayed at the firm’s decline. By 1930 there were eighteen shops but without the combined talents of Heron and Walker, the firm began to flounder. Despite making a new contract with the Company, he retired in 1933. During his association with the firm from 1923-1933, only Walker’s designs were used. Cryséde went into liquidation in 1939-41. 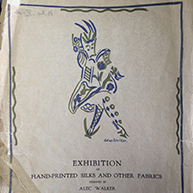 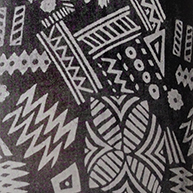 Cryséde textiles in the catalogue 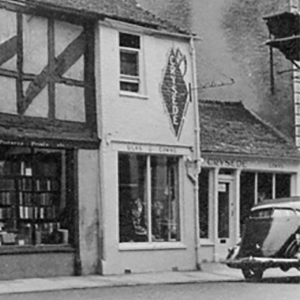