Walker re-married, Vera Hardcastle Birchenhough and bought a farm in Yorkshire where he bred horses and collected pictures. In 1945 after the break-up of his second marriage he moved to Falmouth where he continued painting and collecting pictures. Alec Walker died in 1964 leaving the unique Crysede legacy of creative textile design

Page 1, photo 1 - notice how the design is two directioinal so when worn the pattern would be the right way up.

photo 2 - Painting In Penlee House Gallery and Museum. The gowing and supply of flowers was a major industry in Cornwall. 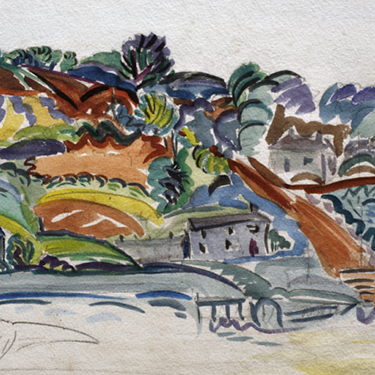 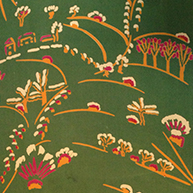 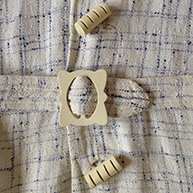